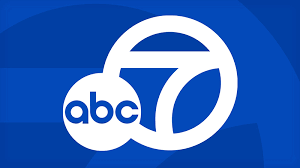 In Los Angeles County, there are almost 19,000 children in foster care. More than 600 need a permanent home. This is the story of the people who dedicate their lives to these kids and how a worldwide pandemic hasn’t stopped them.

For many kids, a call to the hotline is often the start of a long road to finding a new home. The calls are so extensive, Boulden can only take about eight calls per day. On average, the child protection hotline receives up to 800 calls per day, but during the height of the pandemic, those calls dropped significantly.

“Teachers are a large part of our reporting parties,” said Boulden. “When schools weren’t in, we weren’t getting as many calls from the professionals who see kids on a daily basis.”

Carlos Torres is the hotline’s division chief. He said during peak hours, they have around 90 social workers answering phones, and they get about 100 calls per hour. The calls range from reports of severe abuse and neglect to people seeking resources for children in need.

Due to the pandemic, a majority of the staff now works from home, but some calls require an immediate response in person. That’s where people like Tania Cendejas come into the picture.

She’s a children’s social worker and a member of the emergency response team.

“In emergency response, we are assigned on duty every so many days. We’re on rotation and we’re called out to immediate response referrals. Even prior to COVID, the job comes with its challenges, even on the best day,” said Cendejas. “I, myself, was a dependent of the public child welfare system, specifically here in Los Angeles. I entered the system around the age of 2 and was placed in different resource homes. There were times when permanency fell through for whatever reasons, and then in 1993, I was adopted. So that was a success story of DCFS because I’ve experienced it. I really have empathy for these kids who are in these circumstances at no fault of their own. Sometimes things happen in life that we can’t really understand or make sense of. But at the end of the day, I think that kids are really resilient. Given the proper resources or forms of support, kids can really thrive and make progress and be successful.”

Cendejas handles the most severe cases.

Sometimes, kids will be removed from their families and placed into the care of DCFS, where their journey into the system begins.

There are about 19,000 children in the care of the L.A. County Department of Children and Family Services. Ultimately, the goal is to get those kids back home to their parents, but that’s not the case for everyone. Some children are in such desperate situations that a specialized response is needed.