Home > News > DCFS in the News > Before a 4-year-old boy’s killing, authorities wavered on rescuing him 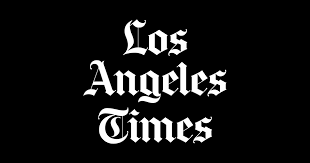 She said her niece’s son, Noah Cuatro, was losing weight and had thinning hair.

During an overnight stay with a relative, Noah had night terrors and complained that his butt was hurting, perhaps a sign of a rash or sex abuse, she said. Above all, Noah had changed from an exuberant boy to a fearful one.

“And when a child changes their, you know, their demeanor, I feel like something is going on,” Hernandez told the hotline. “He’s 4,” she said. “Nobody’s going to advocate for him.”

The call was the latest source of alarm for Susan Johnson, the Department of Children and Family Services caseworker tracking Noah. More than two years earlier, DCFS records show, his parents’ neglect led to the point where he was starving, weighing just 17 pounds and unable to walk. Authorities took Noah away then, but a commissioner had recently sent him back to his parents.

The call culminated in Johnson‘s securing a Juvenile Court order to again take Noah away and put him in protective custody. DCFS had 10 days to get Noah out and seen by a doctor, even if it required barging into the home with police. Carrying out that removal order could have saved Noah’s life.

Instead, DCFS ignored the order and kept Noah with his parents. He died less than two months later, on July 6, 2019. He was a month shy of his fifth birthday. His parents, Ursula Juarez and Jose Cuatro, now stand accused of murdering and torturing him.

An investigation by the Los Angeles Times and the Investigative Reporting Program at UC Berkeley found that errors, misjudgments and bureaucratic conflict within the child welfare system — including among top supervisors — blocked multiple opportunities to protect Noah.

His life and tragic death offer a sobering window into how race and ethnicity, cultural sensitivity, and trust collided inside the agency.

In Noah’s case, his parents and Johnson’s own colleagues accused her of bias and having “an agenda,” according to DCFS records and internal emails.

The charge of “bias” pointed to DCFS’ reckoning with a history of inappropriately separating children from their parents, especially in Black and brown families.

But without a way to effectively deal with those accusations in Noah’s case, the debate over bias paralyzed the agency, clouded the view of his family, and sidelined the staffers who knew him and his family best.

The months leading up to Noah’s death also raise questions about a signature policy implemented by the L.A. County Board of Supervisors and touted by DCFS Director Bobby Cagle. This policy, which guided administrators’ decisions, is in line with a national movement calling for a less adversarial approach to parents, respect for diversity, and a shift in focus away from the family’s weaknesses and toward its strengths.

Despite Noah’s death, Cagle said in an interview that he saw no problems with DCFS’ current policies nor its handling of Noah’s case, and he refused to say whether discipline was imposed on any staff involved.

“I think my staff actually carried that process out well,” Cagle said. “It’s very difficult for, I think, the public especially to understand why those decisions were made, but I’m confident that the decisions that were made were the right ones.”

At the heart of the case is whether signs of Noah’s neglect and abuse were taken seriously enough. Some officials believe they couldn’t foresee a catastrophe.