Home > News > DCFS in the News > Child homicides by caregivers down in LA County, but remain serious problem, report shows 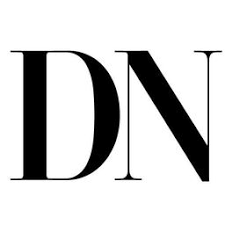 District Attorney George Gascón paid solemn homage Friday to three young children allegedly killed by their mother earlier this month in Reseda even as he unveiled a new report showing a 73% decrease in child homicides by caretakers in Los Angeles County over three decades.

“There is no greater tragedy than the death of a child, especially when that death comes at the hands of a caregiver ” Gascón said during a news conference to release the sweeping study prepared by the the Inter-Agency Council on Child Abuse and Neglect. “I especially want to remember today 3-year-old Joanna, 2-year-old Terry and 6-month-old Sierra. I send my deepest condolences to their father, grandmother and other family members and the families of all homicide victims.”

On April 10, Joanna, Terry and Sierra Denton were found dead by their grandmother in a small apartment in Reseda. Their mother, 30-year-old Liliana Carrillo, has been charged with their murders and remains in jail.

While the Dentons weren’t specifically mentioned in the ICAN report, the study says nearly 1,000 children were killed in Los Angeles County by a parent, a parent’s adult partner, a babysitter or other family member from 1989 to 2018.

“We must work together to end child abuse and neglect, keep children safe and bring hope and inspiration to children and families,” Gascón said. “I am committed to protecting our most vulnerable victims through prevention and will hold accountable anyone who harms a child.”

According to ICAN’s 30-year retrospective, child homicides peaked in Los Angeles County in 1991 with 61 deaths and declined to its lowest number with eight deaths in 2017.

The 73% drop in child homicides by caretakers provides a benchmark to help save more young lives, according to ICAN Executive Director Tilton Durfee.

“This motivates us to continue the heartbreaking task of probing into the nature and extent of child abuse fatalities in order to save other children from such tragic outcomes,” Durfee said in a statement. “The data tells us we have made a difference.”

The report also underscores the high risk to the youngest of victims, indicating that more than half of the 991 killed by caretakers were under the age of 1, while the remaining two-thirds were under 3.

Furthermore, data shows male caretakers have been the primary perpetrators in the majority of child abuse homicides and that they kill young boys at a higher rate than girls.

Male assailants ranged in age from 18 into their 40s, while women were 22 to 30 when they committed child homicides, the report indicates.

The study found that African American children and caretakers were over-represented as victims and perpetrators. Child victims were also more likely to be killed by a parent than extended family or nonrelated caretaker.