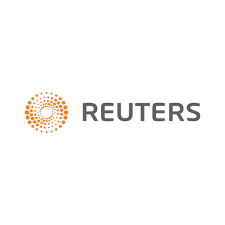 SACRAMENTO, Calif. (Reuters) – A California case worker hears screaming as she tries to conduct a telephone session for a child abuse prevention agency; an Oregon doctor sees signs of abuse a teacher might have spotted days earlier.

Social distancing restrictions aimed at curbing the spread of the coronavirus have taken a steep toll on the already fragile systems U.S. cities and states use to track and prevent child abuse and neglect.

Chronically understaffed and underfunded agencies across the country say calls to the hotlines they rely on to flag abuse and neglect are down by as much as 70%.

Teachers report U.S. child abuse cases far more than any other group of people, but stay-at-home restrictions have curtailed their collective ability to look out for children’s well-being. Doctors, who also report many cases, are typically not seeing children for routine checkups at this time.

“As many as two-thirds of all cases of child abuse and neglect are never reported and unfortunately during a time like this my concern is those children plus some are out there and have no way of being seen,” said Bobby Cagle, chief of Children and Family Services for Los Angeles County, the most populous in the United States with 10 million residents.

The county’s child abuse hotline is the only way Cagle’s agency learns of suspected abuse, he said. Calls dropped from about 1,000 per day to as few as 400 as soon as the region’s schools were closed to slow the spread of coronavirus, he said.

Such drops are typical during summer break or over Christmas, when reports of abuse drop by half or more and teachers are unable to look out for kids, Cagle said. But in those cases, the kids come back in a few weeks and teachers can have their eyes on them again.

Now it could be months before a return to school.

Along with child abuse agencies throughout the country, Cagle’s team is trying to alert residents through outreach campaigns that they can report child abuse too.

In a separate effort, California Governor Gavin Newsom has made about $40 million available to help foster children and $7 million to help social workers better reach at-risk families during the pandemic.