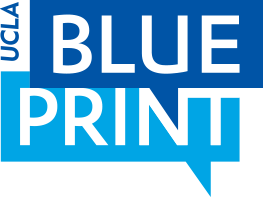 UPSTAIRS, ON THE FIFTH FLOOR of the nondescript 12-story office building in the heart of downtown Los Angeles, the quiet of a July afternoon was overwhelming. Its significance was harder to pinpoint.

Here at the Los Angeles County Child Protection Hotline, hundreds of calls would normally be pouring into the phone lines, answered by scores of social workers in the cubicles lining the floor as far as the eye can see. But by midafternoon on this day, only a smattering of hushed voices could be heard. The dimly lit room was largely deserted.

This room is the alarm bell for much tragedy. It is where concerned neighbors and attentive teachers, mindful police, shopkeepers or school counselors call to report worrisome indicators of violence against children. It is where the warnings of family stress — of parents who are at their wit’s end or relatives whose rages turn on young boys and girls — reach expert ears. It is where society jumps in to aid children who cannot help themselves.

At first blush, then, it would seem that quiet here would be healthy: Fewer reports of child abuse or neglect might mean fewer children being hurt. And that’s precisely what seemed to happen in the months after COVID-19 swept this region along with the rest of the world: Calls had dropped by more than 50%. Was that a reason for hope, a suggestion that the threat of infection had dulled some of humanity’s violent desperation? Or was it something else?

“Based on my experience, I would be surprised if the incidents had gone down,” said Bobby Cagle, director of Los Angeles County’s Department of Family and Children Services since late 2017. “There’s so many additional stressors on the family these days, based on all the things that are going on with COVID, including people losing jobs, people losing income, children and families being home … I would be really surprised if the incidents had gone down.”

The calls did, however. According to Cagle, the hotline is busiest after children have been in school for about a month, then it levels off until just before winter vacation, then rises again a month after kids return from break, and it finally peaks right before summer. The pandemic stay-at-home order coincided with one of those peak periods, so calls should have been going up, not down.