Sexual exploitation of a youth under the age of 18 is a form of violence that involves the recruitment, harboring, transportation, provision, obtaining, patronizing or soliciting of a child or person for the purpose of a commercial sex act.

If you are a child, parent, foster parent, friend or neighbor, and you notice the signs that a child or foster youth is being exploited, please report it immediately at (800) 540-4000.

Former Foster Child Xiomara Torres is now a judge Xiomara Torres Mattson. Xiomara and her sister came into the foster care system at the age of 12. At that time children were being transported for their dependency court hearings at the Criminal Building in Los Angeles.

Even as a young lady, Xiomara exuded a spirit of strength and determination. She would talk about what she wanted to be when she grew up. She spoke about the abuse she suffered and she told her social workers on numerous occasions she wanted to be the one making the decisions in the courtroom so that what happened to her would not happen to other little girls.

Xiomara also had a younger sister who was still at home. She wanted to protect her little sister so she disclosed what had been happening to her when she was at home with her family. She never wavered and answered questions asked by attorneys, social workers and other individuals involved in her case over and over again.

Xiomara Torres was in the foster care system until she was 18 years old.

Many times she would see the choices that her teenage friends had made with regard to drug or alcohol use or getting pregnant. She had a maturity and wisdom far beyond her years. Xiomara was focused. She was determined to attain the goals she set for herself. When she was in the courtroom for her hearings she would speak up on her own behalf and read the court reports she was given. Xiomara went on to graduate from high school and from a four-year university and law school.

Today, Xiomara is in the position to help keep children safe.

The Commercial Sexual Exploitation of Children

If you find yourself in an unsafe situation, there are people, including your DCFS social worker, who are willing to listen without judging you or your story. They will not report you to the police, but will offer you the support you need, and can help connect you to additional supportive programs.

Commercial sexual exploitation is a severe form of child abuse – report it! 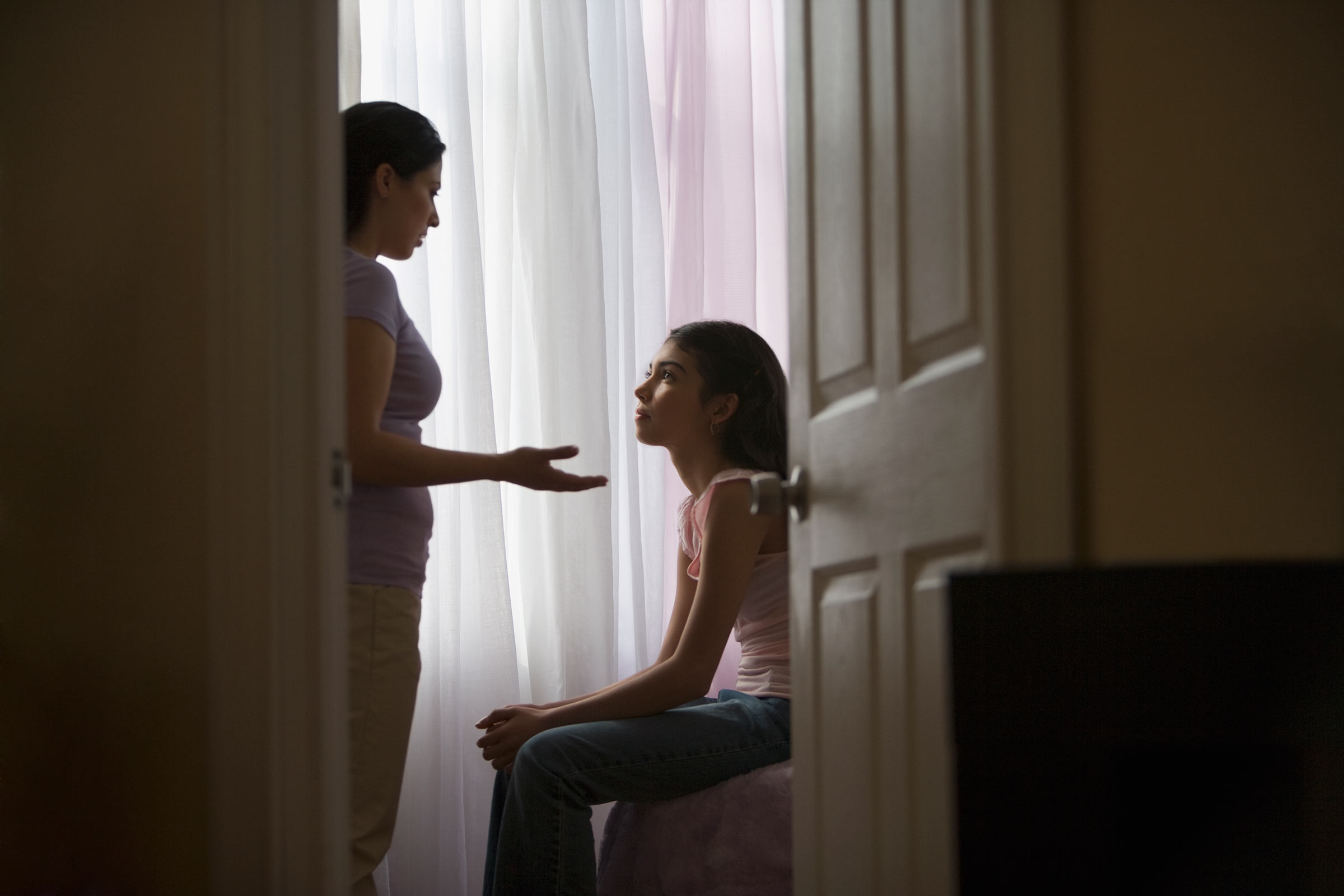 “The recruitment, harboring, transportation, provision, obtaining, patronizing, or soliciting of a person for the purpose of a commercial sex act. Severe forms of trafficking in persons” is defined as “sex trafficking in which the commercial sex act is induced by force, fraud, or coercion or in which the person induced to perform such act has not attained 18 years of age.” [Federal law 22 USC section 7102 (9) and (10)]

California State Law expands upon this by defining Commercial Sexual Exploitation as:

This means that any child under age 18 who is induced to perform a commercial sex act is considered a sex trafficking victim regardless of whether force, fraud, or coercion is present. California law includes the provision of food, shelter, or payment to a child in exchange for the performance of a sexual act.

If you are a child, parent, foster parent, friend or neighbor, and you notice the signs that a child or foster youth is being exploited, please report it immediately at (800)  540-4000.

Learn More About CSEC and Get Help

NOTE: these findings alone do not always indicate that exploitation has occurred.

It’s never too late to get out of “the life”. However, it is a process. Many survivors struggle for years to leave. During this time, young people may feel confused, angry or alone, but there are people who can help. The following resources are available to help you if you find yourself in the life.